Artificial Intelligence - is it discriminating it's users?
We use cookies to give you the best online experience. Read our Privacy Policy to learn more.  Please let us know if you agree to their use. or Decline
Need a lawyer to help? Click here to search 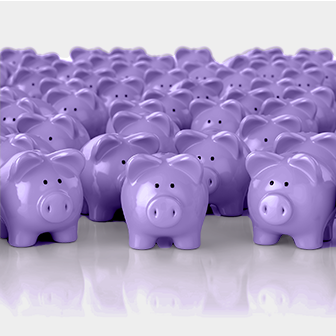 AI and the risks it poses to racial discrimination

Artificial intelligence is the development of computer software which is technology that enables a computer to think or act in a more 'human' way. This can be in a wide range of forms such as visual perception, speech recognition and decision making. It is easy to see why this may be attractive to some companies and employers as it can greatly reduce costs, and reduce the time taken for the completion of particular tasks by automation. However, it has been alleged that it can in some circumstances raise issues of discrimination.

Recently, it has been reported that a driver had brought claims of race discrimination against the company Uber, alleging that their driver’s account had been suspended because of malfunctioning face recognition technology. This is not long after the landmark decision from the Supreme Court which ruled that Uber drivers should now be classed as ‘workers’ rather than self-employed individuals.

It was alleged that the technology Uber use to verify the identity of drivers and couriers is not able to correctly identify people with darker skin tones. Uber have denied the claims but this sort of case highlights some of the legal issues that can arise from the use of technology.

Artificial intelligence is very much a new and emerging concept which reportedly may require much more research and testing to avoid technical glitches which could give rise to an unintentional claim, such as those which are already understood to have been raised.

An employee may have a claim for race discrimination if they can show that they have been treated less favourably on the grounds of their race, nationality, ethnic origin, heritage, or colour. This could potentially be proven by an employee/worker having their employment terminated, due to face recognition software not correctly identifying them due to the colour of their skin. The law also provides protection against discriminatory conduct because of a perception that an individual is of a particular race, nationality, ethnic origin, or heritage, even if the perception is incorrect.

The protection afforded by the law applies to every stage of the employment relationship i.e., recruitment, promotion, training and other opportunities, and dismissal.

This protection also extends to discrimination during an individual’s day to day life as a consumer or service user.

Alternatively, you may be an employer or service supplier who is concerned that you too may be putting your business at risk of a claim by using such technology.

In either case, you should speak to a solicitor who specialises in discrimination, employment, civil liberties, and human rights law for professional legal advice, and you can search our site to find a solicitor with this specialism in your locality. All solicitors listed on our site are regulated by the Solicitors Regulation Authority (SRA) and you can search for free without any need to provide your personal data.