Mental capacity and your Will
We use cookies to give you the best online experience. Read our Privacy Policy to learn more.  Please let us know if you agree to their use. or Decline
Need a lawyer to help? Click here to search 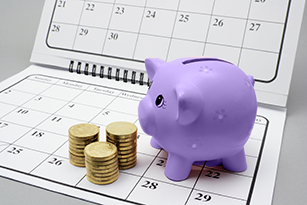 Can mental capacity enable your Will to be contested?

﻿When an individual is making important life decisions, it is important to ensure that they have the mental capacity and a full understanding of what they are undertaking, at the time. It is also vital to ensure that they fully understand their position and the impact that their decisions will have on others. This applies when a person is dealing with their Will, whether they are amending an existing Will or executing a Will for the first time.

The issues of mental capacity are complex. Often, elderly people making wills do not have the same level of mental capacity as they did when they were younger, but this does not necessarily mean that they do not have the capacity to execute a Will. If it is determined the testator had a good knowledge of their estate, and they understood the terms of the will that they were executing, and the effect that it would have, a court will seek to declare the Will valid.

There may be occasions where you have reason to doubt that a person had the requisite mental capacity and/or due knowledge and approval of what they were doing. In such instances, you may wish to challenge the validity of the document that they created at that time.

The case of Banks v Goodfellow provided us with the ‘Golden Rule,’ a test considering a person’s mental capacity and whether they had due knowledge and understanding. Since judgment was issued on the case, the Mental Capacity Act 2005 has been brought in to play but the test has stood the test of time.

“It is essential to the exercise of such a power that a testator shall understand the nature of the act and its effects; shall understand the extent of the property of which he is disposing; shall be able to comprehend and appreciate the claims to which he ought to give effect; and, with a view to the latter object, that no disorder of the mind shall poison his affections, pervert his sense of right, or prevent the exercise of his natural faculties – that no insane delusion shall influence his will in disposing of his property and bring about a disposal of it which, if the mind had been sound, would not have been made.”

Basically, when considering this in the context of executing a will, a person must have a firm understanding of what they hold in their estate, how they wish to distribute their estate and the effect that this will have. They need to have considered who might have expectations of the estate. Even if they chose not to leave anything to beneficiaries who would normally expect to get something, usually family members, the Court would expect that there would be some evidence that they had considered those claims. For this reason, many solicitors will suggest doing an expression of wishes letter which is not part of the Will but explains why people who would normally expect something have been left out, if that is what the testator wishes to do.

The burden of proof lies with the person seeking to challenge a person’s mental capacity and it is for them to prove that the test is not satisfied.

In this case, Mrs Burgess made a Will in 1996 leaving her estate to her three children in equal shares. In 2007, nearly 20 years later, one of her daughters made an appointment for her to attend a solicitor to make a new Will, excluding one of the siblings. After Mrs Burgess died, two of the children sought to challenge the validity of the will, stating that their mother did not have the necessary mental capacity nor the requisite knowledge and understanding.

The judge found that when Mrs Burgess was making her second Will, she was suffering from poor health and it was concluded that, following provision of expert evidence, she had been suffering from modest dementia.

The 2007 Will had been drafted by an experienced solicitor who had met with Mrs Burgess on two occasions. The solicitor confirmed that he had no concern as to Mrs Burgess’ mental capacity, though he had not conducted any formal assessment. At both appointments, the sibling who had arranged the appointments remained present throughout.

The judge noted that the 2007 Will had not been sent over to Mrs Burgess before their meeting, to enable her to read over in advance. This was believed to be poor practice. During the meeting, the solicitor read the contents of the Will to Mrs Burgess, in the presence of her daughter.

It was found that there were mistakes, some of which had originated from the daughter’s involvement, in the draft Will and none of these mistakes were detected by Mrs Burgess prior to her executing the Will.

After considering the expert evidence, the judge concluded that if Mrs Burgess had excluded one of her children from her Will, it was more than likely that this had been done because of the vascular dementia that she was suffering at the time, and that it was not her true intention.

The judge concluded by stating that people can make a valid Will, even if they are old or infirm or if they are in receipt of help from others, and even if the terms of the will are hurtful or unfair to some people. However, a person must be mentally capable of understanding what they are doing when they make their Will and that what is in their Will truly reflects what they freely wish to be done with their estate upon their death.

Where a Will has been drafted by an experienced solicitor, the court will often look to uphold that the Will as valid. That is why it is a good idea to use a solicitor to draw up a Will. However, in the case of Burgess vs Hawes, although Mrs Burgess’ mental capacity was in question, the key element behind declaring the Will invalid was the involvement of Mrs Burgess’ daughter, who seemed to be the driving force behind the 2007 Will, therein depriving Mrs Burgess of her due knowledge and approval of her own Will, as it did not reflect her true wishes.

When looking to prove a document as valid, the person seeking to propound the document must be able to show that at the time that the document was executed, the testator knew and approved of its contents. This must be proven on the balance of probabilities. In the case of Fuller v Strum [2001] it was stated that in circumstances where the suspicion of the court has been aroused, the law places the burden of proof on the propounding party of the Will, to prove that the deceased knew and approved of the Will that was being executed. The evidence required to do so will vary between each case and the extent of evidence provided will be proportionate to the level of suspicion aroused.

It can be helpful for a testator to execute a letter of wishes or letter of intention alongside their Will. Solicitors can advise on this. This document will allow the testator to further support the decision made in the Will and provide explanation as to their reasoning. This can, at times, assist in defending a claim challenging the validity of a Will.

If you would like legal advice regarding writing a Will, or perhaps you are wanting to contest a Will, then you can search for a solicitor for free using our website, and without providing any of your personal data.  Just click here to go to our search page and type “Will” into the search bar to then display all firms that provide this specialism.