Magistrates to be given more powers to reduce backlog of cases
We use cookies to give you the best online experience. Read our Privacy Policy to learn more.  Please let us know if you agree to their use. or Decline
Need a lawyer to help? Click here to search 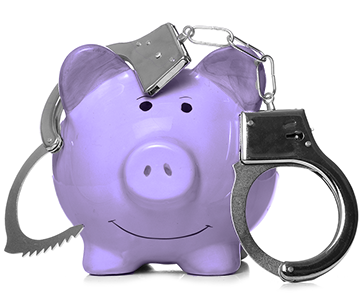 Magistrates Courts to have greater powers

﻿The Government have recently announced that Magistrates courts sentencing powers will be increased so that the maximum term of imprisonment that they can impose on offenders will go from 6 months to 1 year. No date for this has yet been fixed but it is expected soon.

The idea behind this is to reduce the backlog of cases caused by the pandemic, which have built up in the Crown Courts.

The Magistrates courts are operated with Magistrates who are volunteers from the community. They don’t get paid a salary and they are not qualified as lawyers. The idea is that as members of the community they will bring the views of “right thinking” members of the public to dealing with crime and offenders. They do receive some training on how to be a Magistrate and they have a legal advisor sitting in court with them who advises them on the law and their powers. Usually, they sit on panels of three Magistrates and make decisions together. Occasionally there are qualified and paid lawyer Magistrates called Stipendiaries who will sit alone.

There are no juries in Magistrates Court cases although lawyers often represent the parties.

The Magistrates Courts deal with most low and medium level crime cases and can become involved in parts of even very serious criminal matters. They also deal with some family law cases

The most serious crimes are dealt with in the Crown Courts.

A Crown Court will be controlled by a Judge who is a lawyer. Usually there will be a jury and often barristers represent the parties. A Crown Court trial often takes longer and is a more complex process than a Magistrates Court trial which is why the backlogs have built up in the pandemic. To reduce that backlog the increased sentencing powers in the Magistrates Court will allow those courts to deal with more cases.

The Magistrates can also impose fines and other penalties as well as imprisonment. A year in prison is a significant sentence so it is likely that when this increase comes in, Magistrates, who are volunteer members of the public will deal with some quite serious crimes all the way through to sentencing.